CBD and your skin

The Benefits of CBD for Skin, Hair and Nails

The potential anti-seizure, anti-pain, anti-inflammatory and anti-tumor properties of cannabidiol (CBD) are what get most of the attention, but not to be overlooked is the non-psychoactive cannabinoid’s ability to potentially improve the health and appearance of skin, hair and nails.

CBD is a compound that is naturally abundant in plants like hemp. Extracted from the plant’s stalks and seeds, hemp oil can be infused into topical body care products like balms, salves, lotions, and oils. 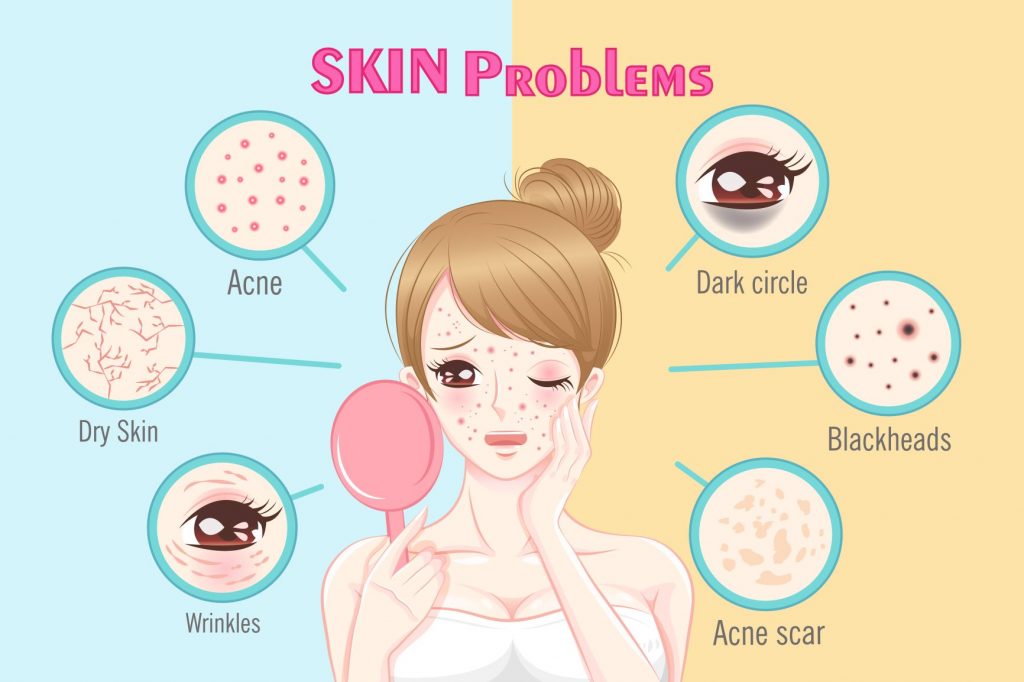 Some of the most powerful skin treatments, such as Isotretinoin (sold as Accutane), are accompanied by a long list of unwanted, dangerous, even deadly, side effects. Yes, they can work, but have you looked at the side effects? It’s like you’re trying to cure one thing, and replace it with three more, much more serious, things.  And yet, the medical industry still makes vast amounts of money from these drugs, because teenagers are affected by skin conditions, the most common of which is acne. In this Article we take a closer look at CBD Oil for Acne & Skin Care.

But first lets talk about the current treatments that are available for acne, both over-the-counter as well as prescription. Some common over-the-counter treatments for acne include benzoyl peroxide, salicylic acid, alpha hydroxy acids and sulfur, which are all topical.

There are also antibiotic prescription treatments for acne. Antibiotics may be used on top of the skin or taken orally. Antibiotics work by clearing the skin of acne causing bacteria and reducing inflammation.

Topical antibiotics are limited in their ability to penetrate the skin and clear more deep-seated acne.

Whereas oral antibiotics circulate throughout the body and into sebaceous glands.

However, systemic antibiotics often cause more side effects than topicals, but they can be used for more severe kinds of acne. Usually topical antibiotics are recommended alone as an acne treatment, as they can increase the risk for antibiotic resistance in skin bacteria.

There are many prescribed medicines used in the Western world prescribed for skin conditions such as Psoriasis, Acne, etc.

Among others, the side effects of these RX medications include life-threatening birth defects and has been rumored to cause cancer.

And some of the reactions for oral antibiotics can be rashes, for those who are susceptible and gastrointestinal disturbance like nausea, colicky pain diarrhea and thrush effects (did you know that 5% of treated women and most often affects the vagina with a yeast infection!)

But some of the less serious side effects of RX medications for skin conditions could include “just” joint pain or back pain -just feeling dizzy, drowsy or nervous -just having dryness of the lips, mouth, nose or skin or – just cracking or peeling under the skin, itching, rash, changes in your fingernails or toenails.

CBD as an Alternative

There are alternatives to these heavy drugs and massive side effects.

Humanity has long been waiting for a solution to the problem of psorisis, eczema, skin rashes, acne and more, and at last it seems that such a solution has arrived.  New scientific research might just offer a safe, yet very effective, acne remedy in products derived from industrial hemp plants and the active compounds contained within.

These compounds, namely cannabinoids, have caught the attention of almost every person on the planet, even the medical industry. But first things first:

Most everyone has probably heard of THC which is a psychoactive substance that causes the user to go on a so-called “high” when they smoke or consume Cannabis.

THC is still a controlled and illegal substance in most countries. THC is present in varying amounts in Cannabis plants, depending on the strain or variety of Cannabis referred to and is just one of around 85 different Phyto-cannabinoids that have been detected by analyzing the Cannabis plant.

Studies have shown that CBD behaves as a highly effective sibo static agent. The endocannabinoid system plays a key role in the regulation of sebum production.

Induced terminal differentiation of these cells, which is characterized by an increased neural lipid production of the sibo sites.

Acne is the most common skin condition in the United States, affecting 50 million annually1. While typically associated with puberty, in fact, 85% of people aged 12-24 are expected to experience at least minor acne; it can also persist well into adulthood. The visible nature of acne can lead to psychological issues such as depression and anxiety, and in a cruel irony, the use of certain drugs marketed for acne treatment have been linked to suicidal thoughts. This increases the need for effective natural treatments for acne that are able to treat the underlying cause without toxic side-effects. Fortunately, hemp oil used as a topical for acne may be one such alternative.

One cause of acne is an over-production of sebum, an oily substance which maintains the condition of our skin. The reason why our palms and soles of our feet turn wrinkly when they have been wet for a long time is because they are the only parts of our bodies where the skin has no sebaceous glands. The main cannabinoid we produce, AEA, stimulates sebum production at low levels, but reduces numbers of sebum-producing cells at high levels2.

In one study, CBD was able to block stimulation of sebum production by AEA and arachidonate, an inflammatory substance composed of omega-6 fats.

On its own, it did not affect sebum production in the cell line used. At higher doses of CBD had destructive effects against some sebum-producing cells, which was increased by the presence of AEA. This was found to be caused by the effect of CBD on the TRPV$ receptor, part of a “family” of receptors that also controls pain sensation. These results mean that CBD may be a good topical treatment for acne, because of its ability to be absorbed through the skin, and because this method would bypass issues with absorption, liver metabolism and possible unwanted patterns of distribution.

Other Terpenes may be useful in reducing acne

Besides CBD, some terpenes present in hemp may also be effective against acne. Other underlying mechanisms of acne are infections, typically Propionibacterium acnes, as well as inflammation. In another study, two essential oils primarily made up of limonene, also found in hemp, were able to inhibit P. acnes more effectively than triclosan, a common antiseptic. The mean inhibitory concentration (MIC) of these was 0.31uL/mL, while linalool, another terpene present in hemp, had a MIC of 0.625uL/mL. Both of these were also able to inhibit tumour necrosis factor-alpha (TNF-a) production by P. acnes. This suggests an anti-inflammatory effect; signs of inflammation3 include the redness, swelling and pain often seen in acne. In an older study, pinene, which is also found in hemp, was able to suppress P. acnes and some Staphylococcus species, another bacterial cause of acne. Overall, hemp extracts seem to be a promising natural treatment for acne, although human clinical trials testing this effect are necessary.

So what does that mean in ENGLISH?

That means that if your body is producing too much sebum, CBD can calm the sebaceous glands by regulating oil production.

CBD itself is a powerful antioxidant, meaning it protects the skin from free radicals like UV rays, smoke, and environmental pollutants. Free radicals lead to wrinkles and fine lines, but antioxidants protect our skin from this damage and help fight the effects of aging.

Additionally, because cannabinoid receptors are located all throughout the skin, CBD has the capability of interacting with those receptors to encourage homeostasis and healing. Studies show that CBD can help treat an array of conditions related to the skin. Atopic dermatitis, also called eczema, has been shown to improve after treatment with hemp oil.  Also, CBD can adjust the output of oils in the skin and hair and inhibit skin cells’ lipid production,  making it effective for preventing acne.  CBD has been found to control cell proliferation and differentiation indicating it can be used in treatment efforts for skin diseases like allergies or cancer.

Besides the natural health benefits of CBD, hemp oil topicals also contain an array of other essential nutrients, including vitamins, minerals, proteins, and fatty acids, to encourage skin health. Vitamins A and D are responsible for skin repair. They support skin cell growth and inhibit oil production to help keep skin soft and supple. Like CBD, Vitamins C and E are antioxidants and protect the skin’s collagen and elastin against damage from the sun and free radicals. B complex vitamins serve as part of the construction process for skin, hair and nails to prevent dermatitis, hair loss, and other skin conditions.