CBD hemp oil health benefits are numerous. From relieving anxiety to alleviating chronic pain to helping you get a better night’s sleep, CBD and its fellow cannabinoids have a diverse set of tools in their natural toolbox. 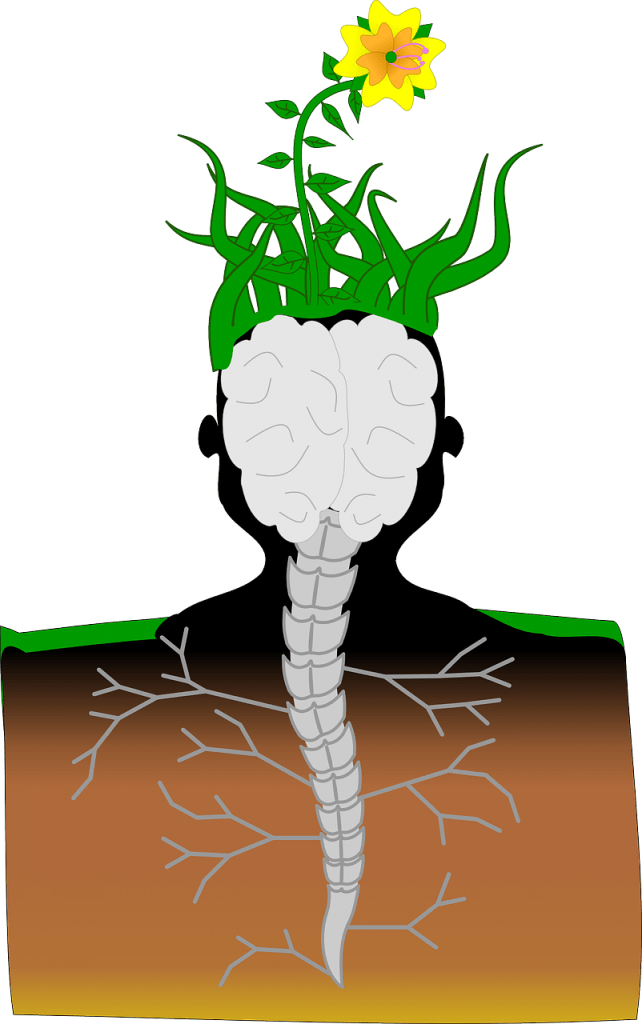 But before we get too deep, let’s define CBD.

CannaBiDiol is one of over 100 cannabinoids that come from cannabis plants. Cannabinoids are potent, non-habit-forming, all-natural chemicals with the ability to protect, preserve, and heal.

And one of CBD’s most studied qualities is neuroprotection. Along with all the other cannabinoids found in full-spectrum CBD hemp oil, CBD helps protect the neurons that make our brains function.

You see, all animals are born with an internal system that regulates not only our brains but is also in charge of the overall wellbeing of our bodies.

This extremely important, widespread system affects nearly every physiologic process in mammalian (that means you!) bodies. And, you’ve no doubt experienced its potency for yourself. But perhaps you may not have known it. In fact, with just a little effort, you can trigger it at will.

What is this system? How do cannabinoids such as CBD give that system a natural boost? Well, my friend, read on to get the answers to those questions and more.

For thousands of years, humans have been using cannabis as medicine. Just like all the other medicinal plants and herbs used by ancient cultures, nobody was 100% sure why cannabis was so effective. They simply knew from knowledge passed down from previous generations that it helped a broad range of ailments.

The scientific community always knew there was more to cannabis than simply giving you a buzz. Many scientists and clinicians have set out to discover not only why cannabis can get you high, but also why cannabis has the power to heal.

Thankfully, the stigma surrounding cannabis wasn’t enough to stifle the curiosity of researchers spanning the globe.

Today, we have a much deeper understanding of why CBD and THC and the other 100+ cannabinoids found in both marijuana and hemp are so therapeutic. We know that cannabinoids help boost homeostasis.

What is homeostasis? Put simply, it’s our bodies’ never-ending mission to maintain balance. As changes occur, the body works to create an equilibrium and treat itself to a cozy, stable environment.

We all want balance in our lives, don’t we? The desire to live in tranquil harmony is the essence of the human spirit.

Remember the bodily system we discussed earlier? The one that you can activate by expending a little energy? Scientists discovered it in their mission to find out why THC gives you a peaceful, easy feeling.

Named after cannabis itself, it’s called the Endocannabinoid System. I have one. You have one. Your dog has one. Even your cat has one. We’re all born with one. And it’s very, very important in creating and maintaining homeostasis all throughout the body.

For the sake of simplicity, we’ll call it the ECS from here on out. From your brain to your skin to your stomach to your heart, even your teeth, the ECS is responsible for keeping things in proper working order. It regulates our natural response to inflammation and injury.

And, different cannabinoids cause different reactions within the ECS. Some help with sleep or pain, while others are good for stress and anxiety.

CBD is especially beneficial for promoting overall wellness because of its ability to preserve endocannabinoids. Cells constantly grow and die off but CBD slows the deterioration of the cells that form endocannabinoids.

So, CBD not only defends the plant it comes from, when we consume CBD internally, it helps amplify our internal self-protective mechanisms.

In other words, CBD and its fellow cannabinoids are the fuel that keeps the ECS going. And when the ECS is running smoothly, we achieve homeostasis and remain healthy and energetic.

3. CBD is One of Nature's Strongest Antioxidants

I’m sure you’ve heard of antioxidants. They are vital for shielding and strengthening our immune system.

If too many punkass free radicals are roaming around inside your body, up to no good and just looking to cause trouble, it’s up to antioxidants to step in and dish-out a microscopic beatdown.

Too many free radicals in your system can throw your body out of balance. And when you don’t have balance, things go awry. Think poor health and low energy.

Turns out, Cannabidiol is one of the most powerful antioxidants Mother Nature has on tap.

In this study, test subjects were exposed to glutamate, a highly toxic substance that disrupts brain function. One way to reduce the toxicity of glutamate is to hit it with antioxidants.

The research team pit CBD against a pair of well-known and powerful antioxidants -- alpha-tocopherol and ascorbate. The findings? Cannabidiol outperformed both.

And in another study, CBD was given to animals immediately after they experienced an interruption of oxygen and blood flow to the brain.

And these are just two studies. Literally, hundreds of studies have concluded that CBD is one of the strongest protectors of brain function.

And when your brain is firing on all cylinders, your body has no choice but to follow suit.

The ECS contains receptors – CB1 and CB2 – that are crucial to the functionality our inner workings. Cannabinoids such as CBD interact with these receptors to promote restoration and combat illnesses.

The CB1 receptors are in the brain and central nervous system. And the CB2 receptors are in peripheral organs like the spleen and liver, and cells within the immune system and endocrine system.

Cannabinoids activate receptors within the ECS by either interacting with them or directly binding to them. This process of unlocking causes a chemical reaction at the cellular level, and the cell will alter its message.

For example, if a part of your body is in pain, that body part’s cells send messages to the brain in the hopes of getting relief. The brain then tries its very best to help. If the brain can help out, it always will.

Sometimes, the brain doesn’t have any extra cannabinoids and all it can do is say, “yeah, sorry, that must hurt but I have nothing to help you with.”

But if the right cannabinoid binds to or indirectly interacts with a receptor experiencing pain, the receptor’s cells will stop sending pain signals. “Hey, brain, it’s all good down here, forget about what I said earlier.”

5. Our Brains Make Their Own Version of THC

As previously mentioned, there are two types of cannabinoids. Endocannabinoids are the ones made by your body. Some are living in your brain right now.

And hopefully, you’re already very familiar with one of them.

You know that uplifting feeling you get when you go jogging or perform other vigorous exercises? The sensation comes from your brain releasing a chemical called anandamide.

Anandamide is our bodies’ version of THC. The all-natural “runner’s high” you get from a good workout is a result of your body boosting its own levels of endocannabinoids.

Now, anandamide doesn’t exist merely to make us feel good. It carries its own set of health benefits.

This article studies how anandamide promotes neurogenesis, a fancy word for the formation of nerve cells. The study suggests other cannabinoids, in addition to anandamide, spurred growth in the hippocampus, the part of the brain that regulates emotion, learning, and memory.

Which means that cannabinoids have the power to not only protect the brain via their antioxidative capacities, they also help our brains grow by forming new nerve cells within them.

If you are like me, you get excited when the Olympics come around, you’ve no doubt heard of Usain Bolt. He’s arguably the fastest man on the planet. And it’s no accident that he got that way. Training, day in and day out, is what takes an athlete from mediocrity to the medalists’ podium.

And during those daily training sessions, Usain and everyone on his team are feeling Irie. Without even taking one puff of the great green grass native to his home island of Jamaica, Mr. Bolt is quite often naturally high AF.

But you don’t have to be an Olympic athlete to experience a natural high. Go for a run or a bike or a swim and you can feel it for yourself.

You see, our bodies’ version of THC not only makes us feel good but is a healing compound that spreads all throughout our body. The release of endocannabinoids is one of the major reasons why exercise is so good for us!

6. The Outside Helps the Inside

Now that we’re familiar with endocannabinoids – the kind inside our bodies – let’s discuss the other type of cannabinoid. Phytocannabinoids are the kind that comes from the plant kingdom. They are, of course, primarily found in cannabis but other plants contain them, too.

When a body is under duress, it does its very best to heal itself by calling upon the immune system for help. In turn, the immune system does its job by using specific tools. These tools are endocannabinoids created by the same body the system is trying to heal.

If recovery calls for more than what’s readily available in the body, the immune system can use external cannabinoids like CBD to bolster its effectiveness.

Because of their ability to interact with the ECS, CBD and friends can mimic our bodies’ natural processes.

No doubt about it, nature has given us an internal system designed to efficiently interact with plant life. Inner nature and outer nature have created a harmonious pact of wellbeing on our behalf.

Thanks to studies performed by dedicated professionals, we’re getting a deeper understanding of how cannabis interacts with our bodies and minds.

Cannabinoids create synergy between what’s already inside us and what’s found in the plant kingdom.

And you can take advantage of this synergy by consuming cannabinoids. Eat them, vape them, puff them; just put them in your body and let them do their thing.