Promising Research Shows CBD May Be and Effective Treatment for Sleep, Arthritis, Psoriasis, and Parkinson’s disease

Cannabidiol is a non-intoxicating chemical found in marijuana. Most people know it by its less formal name, CBD. CBD has been gaining notoriety because of claims for its ability to treat numerous health issues, such as arthritis, sleep disorders, diabetes, psoriasis, and Parkinson’s disease. While not enough studies have been done to verify these claims just yet, there is promise that CBD may be effective in treating these health issues. After extensive research, the United States Food and Drug Administration (FDA) recently approved a CBD product called Epidiolex to treat two forms of epilepsy. With more research, it is plausible that CBD will prove effective in treating many other conditions as well. 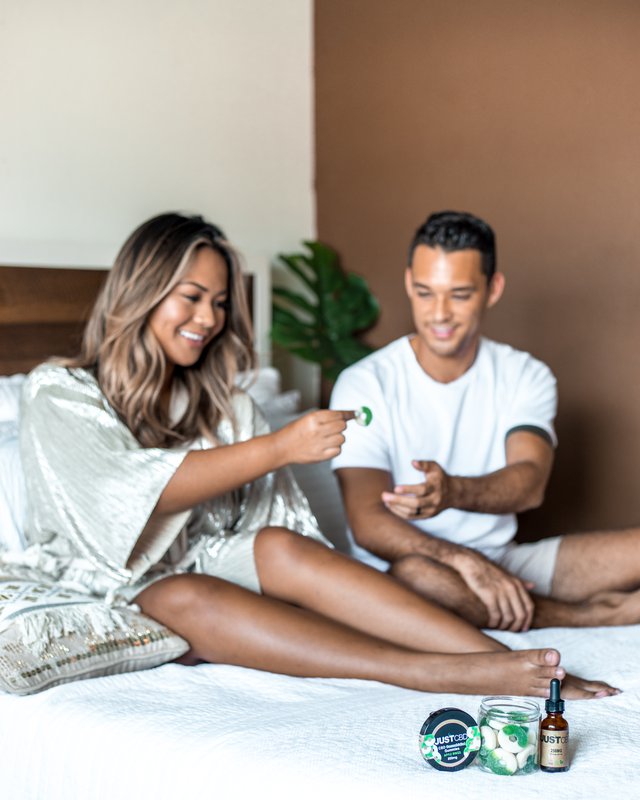 CBD MAY HELP YOU SLEEP

Nearly 80 percent of Americans report they have trouble sleeping sometimes, but the current solutions to this issue are either ineffective or come with risky side effects. Researchers are actively looking into the use of CBD to aid with sleep disorders. For instance, Dr. Joseph Maroon is a neurosurgeon and clinical professor at the University of Pittsburgh Medical Center who has studied how cannabis affects the brain. He says that CBD has the potential to help people get better sleep because it seems to reduce anxiety and pain, common catalysts for sleep issues. Other studies have shown that CBD may be a viable sleep aid in a more direct way, affecting the brain receptors that control the body’s sleep and wake cycles. Nothing has been proven yet, but so far, the research seems to be onto something.

CBD has not been shown to have any dangerous side effects, so while it is still unclear whether CBD can help a person sleep better; it seems to be worth a try. If you are going to try CBD for sleep issues, Ph.D., Professor of psychology Mitch Earleywine from the University at Albany, State University of New York suggests beginning with a dose of at least 30 mg, as a smaller dose will probably not have the desired effect. In terms of how to consume CBD when using it as a sleep aid, vaping it works the fastest, but the effects do not last as long. Ingesting CBD in pill, oil, or edible form takes longer to start working, but the effects are longer lasting.

The Arthritis Foundation states that arthritis affects 54 million adults and 300,000 children in the United States alone. Arthritis causes pain and stiffness in the joints, resulting in impaired movement. Research has shown that CBD can reduce inflammation as well as protect the nerves, which can lessen the pain felt from arthritis.
Particularly, using CBD topically (in creams, salves, and balms) for arthritis shows therapeutic potential. This is because CBD has poor bioavailability, meaning much less, than the amount consumed ends up affecting the body when it is ingested. Bypassing the process of digestion, applying CBD topically for arthritis has shown to reduce swelling in the joints and subsequent pain. More research needs to be done to verify CBD’s effectiveness in treating arthritis, but so far, the results are promising.

Similarly, CBD’s ability to reduce inflammation may have a positive impact on those suffering from diabetes, a disease that is nearing epidemic proportions on a global scale. An excess of inflammation can affect the body’s development of insulin resistance, which is where CBD comes in. CBD might be able to help people with Type 2 diabetes by fixing an endocannabinoid imbalance in the body so that they will have an easier time losing weight. It may also assist in the reduction of insulin resistance. Insulin resistance is what causes Type 2 diabetes to progress in the first place.

Research also reveals that because it exhibits anti-autoimmune abilities, CBD may be able to delay the onset as well as lessen the occurrence of Type 1 diabetes. Clinical studies have found positive results that show CBD protects insulin-forming cells from damage, allowing normal glucose metabolism to function in the body. Hopefully, more studies will eventually confirm CBD as a viable treatment option for diabetes. In the meantime, there seems to be no harm in using it to attempt to treat diabetes despite lacking FDA approval.

CBD MAY HELP WITH PSORIASIS AND PARKINSON’S DISEASE

The National Psoriasis Foundation says that more than eight million Americans suffer from psoriasis. In 2007, a study in the Journal of Dermatological Science confirmed that CBD might be valuable to use as a therapy for psoriasis largely thanks to its aforementioned anti-inflammatory properties. Those treating psoriasis with CBD have reported noticing less dry skin and less itchiness overall. CBD may also slow the growth of some skin cells, once again lessening the impact of the disease. Research remains inconclusive regarding CBD for treating psoriasis because of a lack of studies. However, the increased legality of CBD in recent years will lead to an answer.

Over ten million people across the globe have Parkinson’s Disease (PD). Studies have demonstrated that CBD may be helpful in treating PD in several ways as it affects the body’s endocannabinoid system. The endocannabinoid system in the body regulates things like pain sensitivity, hungry, temperament, and memory. Having PD can mean that your brain produces less dopamine; it can cause tremors, anxiety, depression, psychosis, trouble sleeping, issues with motor skills, and bodily pain. CBD can increase dopamine levels and has the potential to reduce pain, treat motor symptoms and psychosis, help a person sleep, and reduce tremors. Only time will tell CBD’s definitive role in treating PD as more clinical studies are concluded.