What Are Cannabinoid Receptors?

The benefits of CBD wouldn’t be as plentiful if it weren’t for cannabinoid receptors. Our evolved bodies developed a process designed to promote homeostasis (balance). Cannabinoid (CB) receptors play a key role in an internal communication network known as the endocannabinoid system. These receptors act as pawns on the front line, continually reporting back to the rest of the body about their surrounding conditions.

If there are inflammations, acidic buildup, or free radicals in the area, CB receptors are on the clock. They report back to the central nervous system. Based on these interactions, the mind may manifest unfavorable symptoms you might be experiencing, such as insomnia, nausea, or mood swings.

So, who are these influential receptors, and how do they interact with CBD products? Here is everything you need to know about CB receptors. First, let’s start at the beginning with a brief introduction to the endocannabinoid system. 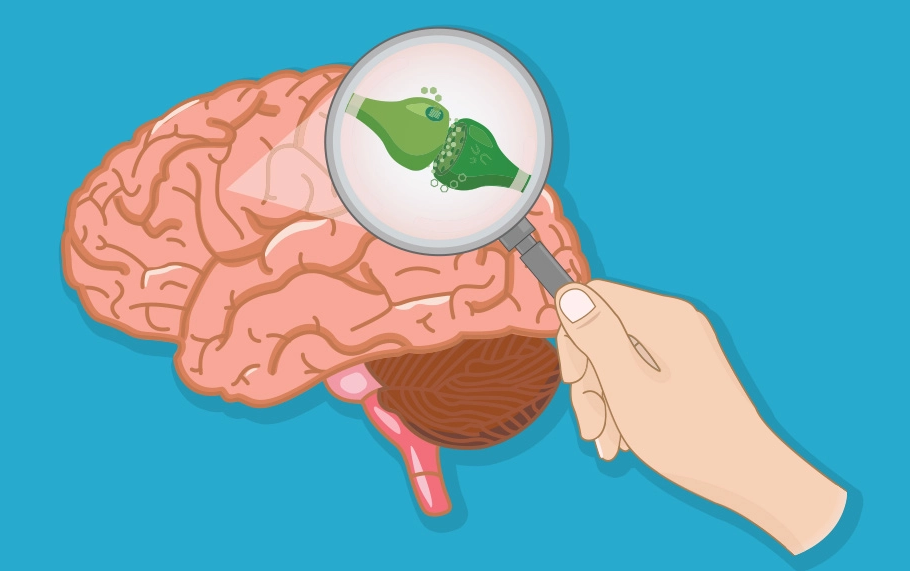 Cannabinoid Receptors and the Endocannabinoid System

The three backbones of the endocannabinoid system are:

Endocannabinoids are cannabinoids the body secretes itself. They mirror many of the effects of cannabinoids found in hemp. For the body to experience the benefits of an endocannabinoid, it needs to produce a metabolic enzyme to break the molecule down. After this happens, the cannabinoid is released into the bloodstream, causing your unsavory symptoms to subside.

We’ll discuss how all of the members of the endocannabinoid system interact with CBD products in a bit. However, let’s discuss the catalyst for it all by learning more about CB receptors.

What are CB Receptors?

CB receptors are technically called G protein-coupled receptors. They live on cells that are located throughout the body. The exterior of a CB receptor is laden with several hair-like follicles known as neural tissues (axons).

These tissues are extremely sensitive to the aromatic chemicals in their environment. Therefore, if inflammation is brewing in one of your joints, the growth will spark a pH change in that little socket. As the inflammation festers, it oxidizes, releasing aromas that ignite negative impulses from CB receptors.

Research suggests that the endocannabinoid system influences how we perceive pain. When inflammation sets off a receptor, the receptor sends a signal (neuron) through their axon. The neuron travels through synapses to reach the central nervous system. Based on how the mind interprets the message, it will secrete a protein known as substance P.

Substance P is our pain perception. Your mind secretes it to let you know where the arthritis is or to point out the place you banged your toe or the area where you hit your head. It does this to draw your consciousness to the fact that your insides aren’t happy and want you to fix it.

Inflammation and pain perception is just one of many ways CB receptors influence the system. The messages they send and the symptoms we experience depend on where the receptor is located and what type of CB receptor is sending the signal.

While research suggests other receptors may have a minimal impact on the endocannabinoid system, they all agree there are two that matter most. These two receptors are aptly titled Cannabinoid 1 (CB1) and Cannabinoid 2 (CB2).

The CB1 receptor was first discovered back in 1990. It was found at a synapse of the central nervous system. With time, science has discovered the CB1 receptor is one of the most widely-expressed proteins in the brain. In particular, there tend to be high concentrations of CB1 within the hippocampus and cerebellum.

Our hippocampus is a small organ situated in the medial temporal lobe of the brain. Its primary function is to serve as our memory bank. However, it’s also responsible for spatial navigation and behavior. Whereas, the cerebellum controls our motor movements. This part of the brain is in charge of balance, speech, and posture.

CB1 receptors have also been found outside of the brain, including in:

Seeing as the endocannabinoid system is all about homeostasis, the other CB receptor tends to thrive in other areas of the body. Let’s look at the differences between CB1 and CB2 receptors.

The CB2 receptor plays a more integral role in cells in and around the central nervous system. This pivotal member of the endocannabinoid system was first discovered in 1993. Scientists were conducting experiments surrounding homology cloning.

They found CB2 receptors present in areas including:

Researchers found that CB2 receptors influence how cells interact. Our innate immune system uses inflammation like a controlled brush fire. Immune cells trigger inflammatory growth to extinguish an intruder such a free radical. Once the pro-inflammatory biomarker is snuffed, immune cells put out the inflammation.

CB2 receptors act as a sort of sheepherder for immune cells. They assist with migration. In the same breath, CB2 receptors also modulate cytokines released into the system. That also plays a crucial role in the inflammatory response. This interaction is why research suggests that the endocannabinoid system exhibits anti-inflammatory capabilities.

Our body tries to do as much as it can on its own. On its own, the body creates two primary endocannabinoids.

Just like we need to break down food to obtain its nutrients, we need to absorb these endocannabinoids. That’s why the liver secretes the following metabolic enzymes:

As with the running theme, the endocannabinoid system is all about homeostasis. In its typical game of checks-and-balances, MAGL is a catalyst for 2-AG absorption. Once 2-AG is released into the system, it tends to bind to the CB2 receptor. Whereas, FAAH is the enzyme responsible for anandamide absorption and its affinity for CB1.

While the body does a great job on its own, it always needs a boost. Our everyday lives have gotten so complex. Shaking hands with clients open the door for more germ infestations. Poor posture from long commutes is causing chronic pain. Never-ending stress keeps our brains fired on all cylinders day and night. The endocannabinoid system can’t do it all. That’s where CBD products can help to supplement our ECS and keep it from burnout.

Research indicates the 113 cannabinoids found in hemp mirror many of the beneficial effects endocannabinoids have on our system. Therefore, supplementing with CBD products alleviates some of the stress on our endocannabinoid production. Just like our endogenous cannabinoids, phytocannabinoids intercept distressed signals sent out by CB receptors.

However, CBD, endocannabinoids, and other phytocannabinoids all interact with CB receptors in their own unique way. These differences come down to the molecular structure of the compounds involved.

For instance, the molecular structure of CB1 makes it very hard for CBD to bind onto it. However, CBD and other phytocannabinoids still stimulate the tissue outside the receptor. This interaction inevitably changes the signaling being sent out to the system.

While CBD doesn’t compliment CB1 as THC does, it doesn’t make CBD products any less effective. At LoveToCBD.com, we carry full-spectrum hemp oils as well as CBD isolate products.  All the cannabinoids found in hemp are also in the full spectrum products. In the spirit of promoting balance, each cannabinoid has a strength that another may be lacking. This complimentary dynamic creates a synergy known in scientific circles as the entourage effect. Therefore, these products will have an interaction with the CB1 receptor.

We put our bodies through a lot every day. It’s easy to take the intricate system going on inside for granted. Give your system a helping hand by supplementing with CBD products. By supplementing with LoveToCBD.com, you will help bring much-needed balance to your life…and relief to your endocannabinoid system.