WHAT IS CBD? THE ULTIMATE GUIDE

WHAT IS CBD? THE ULTIMATE GUIDE

Over the past few years, CBD has become a bit of buzzword - especially in the UK and throughout Europe. There are ongoing studies looking at CBD’s potential within the health and wellbeing scene, which have fuelled the conversation about cannabis extracts being used for medicinal reasons.

The topic of CBD has also seen a fair amount of controversy due to its association with the cannabis plant. Some mistakenly (but understandably) believe that anything associated with cannabis is dangerous to our health and detrimental to society. However, we’re here to set the record straight and explore just what CBD is, and why people are becoming increasingly interested in it.

So, what exactly is CBD, and what implications does it have for our health and wellbeing? This is the ultimate guide to CBD oil and its many uses. 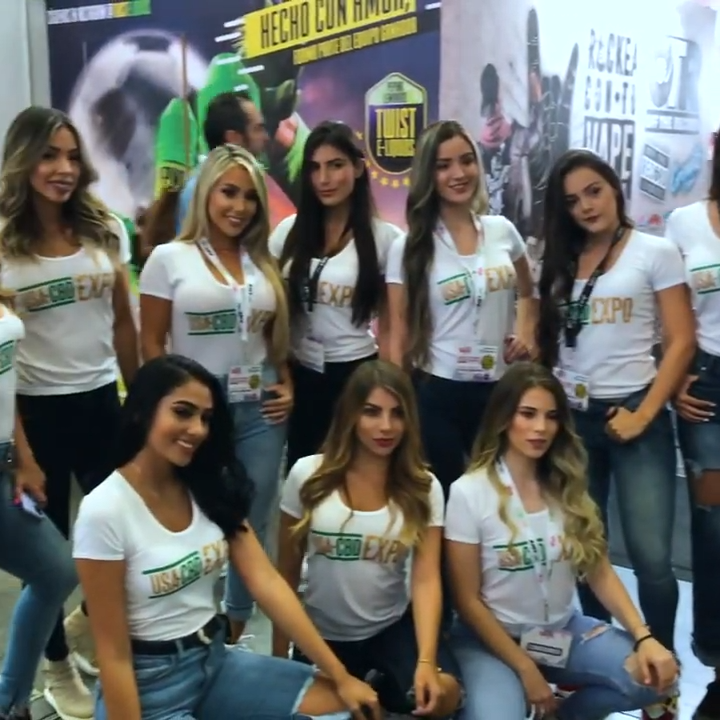 CBD is another name for cannabidiol, which is a derivative of the cannabis plant. CBD is a type of cannabinoid and is closely related to THC, although it differs in one major way: CBD, unlike THC, doesn’t have the same intoxicating effect on the brain’s receptors that causes that ‘high’ feeling.

CBD is taken from certain strains of the cannabis plant, which contains more than 100 different cannabinoids. In recent years, despite the stigma surrounding traditional marijuana usage, awareness of the positive effects of its harmless counterpart has carved a new space in the public psyche for CBD.

The compound is extracted from the hemp plant and sold as both pure CBD in various forms, as well as being used in CBD edibles and CBD cosmetics - all for its apparent health-boosting properties. The CBD industry is booming - in the UK, doctors are prescribing CBD oil for various health issues, including anxiety and depression.

Read on to find out more about how cannabinoids affect the brain, the difference between CBD (cannabidiol) and THC (tetrahydrocannabinol), where and how it is extracted from the hemp plant, and its benefits.

What Are Cannabinoid Receptors?

Before we dive into the specifics of CBD and THC, we need to first look at exactly what’s going on in the brain when it’s exposed to cannabinoids. All animal bodies have an endocannabinoid system (ECS), which forms a network of receptors within the brain and the nervous system.

This network of receptors spreads throughout our bodies: from our brain to our lungs, our bones to our pancreas. These receptors respond to cannabinoids when they’re introduced into the body.

There are two types of cannabinoid receptor: the CB1 and the CB2. How these receptors respond and interact with cannabinoids determines what health benefits we gain from them - both physically and emotionally. CBD and THC are different enough on a molecular level to interact with CB1 and CB2 in different ways, and cause different reactions in our brains and bodies.

The main issue behind the persistent controversy surrounding CBD is its association with traditional cannabis smoking. Indeed, the chemical makeup of the CBD and THC compounds is almost exactly the same - but they are actually very different from one another.

Cannabis that is smoked for pleasure contains high levels of THC, which has a mind-altering impact on feelings of pleasure, memory, perception of time, and our sensory experience.

THC attaches itself onto the CB1 receptor which sends powerful messages to the brain, causing increased brain activity and the feelings of intoxication - being ‘high’. CBD, on the other hand, does not attach itself onto the CB1, and indeed, there is evidence to suggest that it actually works against THC to counter the psychoactivity it causes.

CBD has the ability to produce the positive effects associated with cannabis, without any of the potentially damaging brain-altering chemistry created by THC. Essentially, CBD contains none of the harmful attributes of THC, despite coming from the same plant.

Continue reading to find out more about how CBD has historically been used for its health benefits, and to find out what it’s doing for consumers today,

A Brief History of CBD

The cannabis plant has been used for its health benefits for thousands of years, so where did humans’ obsession with CBD all begin?

Since around 6000 years ago, people have been growing and cultivating their own cannabis for the effects produced by ingesting and inhaling smoke from the plants. In the 16th Century, people began looking more closely at the medicinal properties of cannabis, but it wasn’t until the 20th Century, in the 1950s, that scientists realised it was possible to extract CBD. This enables them to see that CBD might be beneficial to users’ health without having the mind-altering effects associated with cannabis.

It might seem like recreational cannabis is a recent development, but there is lots of evidence of people enjoying the benefits for hundreds, if not thousands, of years. It is even rumoured that Queen Victoria smoked weed to reduce the pain from menstrual cramps.

CBD was first isolated in 1940 and its chemical structure was first laid out in 1960. The medicinal benefits of the compound were made widely known when it was prescribed for patients with epilepsy and other seizure-inducing illnesses and had a significant positive effect on calming and reducing the seizures.

Today, CBD is fully legal in the UK and can be obtained with ease from most health and wellbeing shops, and it is also prescribed by healthcare professionals. As well as this, CBD is a legalised substance across numerous European countries.

Find out more about where CBD comes from and how it is extracted below.

What is the difference between cannabis and hemp? Well, they are actually sourced from the same plant species - Cannabis Sativa, but interventions are made during the growing and cultivation of the plant to create the desired end result of chemically different plants. Cannabis for recreational or medicinal use is one side of the coin; hemp, which is used in the creation of textiles and other materials, is the other.

Europe has a burgeoning hemp industry - something which the recent trend towards CBD has impacted considerably - but just where are all those hemp plants grown? Countries that grow hemp commercially include: Egypt, Australia, China, India, Thailand, South Korea, Nepal, Canada, Chile, Finland, France, Germany, the UK, Russia, Portugal, Slovenia, Spain, Ukraine and Austria.

How CBD Is Extracted

First of all, there are two main types of CBD extraction: whole plant and isolate.

Whole plant extract is when the whole hemp plant is used for the extraction - this includes the leaves, flowers and stalks. The end result is a full spectrum CBD oil, which contains bits and pieces from the other parts of the plant. Isolate extraction is when the CBD alone is taken from the hemp plant and used to create a pure CBD isolate powder. Both products have their benefits and disadvantages, and CBD enthusiasts usually have their own preferences.

There are several different ways to go about extracting CBD oil from a hemp plant. One of the most common methods is by using a liquid solvent. A chemical solvent is used, usually butane or some kind of alcohol, to soak the hemp plant in, and gradually draw out the cannabinoids. The liquid is then evaporated, the alcohol collected, and the substance that remains is a concentrate of CBD.

CBD can also be extracted with the help of carbon dioxide, which is forced into the plant, causing it to release the CBD and its natural flavours. This is a considerably more complex process than the liquid solvent method, and requires a proper lab, correct handling of chemicals, and specialist equipment.

Oil extraction is another, more traditional method for extracting cannabinoids out of the hemp plant. The hemp plant must be heated and then soaked in the oil to draw out the CBD. The main issue with this type of extraction is that it is difficult to create a concentrated oil as a result.

There are many benefits associated with CBD - here are some of them:

The calming and relaxing effects of CBD makes it act as a mood regulator, which is ideal for tackling emotional and mental health issues such as anxiety and depression.

CBD helps to relax muscles and relieve tension in the body. It also has anti-inflammatory properties, which makes it effective for mild to chronic pain.

CBD reduces the number of fluctuations in the brain - some of which can lead to seizures. This makes CBD oil and other products ideal for patients suffering with epilepsy.

There are lots of antioxidants within pure CBD oil, which are great for boosting your immune system and regulating cell behaviour. There is also some evidence to suggest that CBD can help reduce the spread of cancer cells.

Popular products that contain CBD include:

Pure CBD oil comes in various dosages, and is generally administered orally with a pipette. Simply place a couple of drops under the tongue, and hold in the mouth for 15 seconds before swallowing. You can usually purchase CBD oil from your local health and wellbeing shop. If you have been prescribed the oil by a healthcare professional, refer to them when selecting your starting dosage.

The CBD cosmetics industry is booming, with skin lotions, balms and muscle rubs packed with CBD available to buy.

Producers have packed the goodness of CBD into a wide range of different edibles, including: sweets, chocolate, coffee, tea, soft drinks, honey and peanut butter.

Another way to consume CBD is to inhale it in the form of e-liquid. You can buy CBD vaping liquid both online and offline at vaping shops.

To give you a clear overview of everything in this article, here is a summary of the main words associated with CBD - plus their definitions.

A kind of plant within the Cannabaceae family. Cannabis Sativa is the species that humans have bred for its psychoactive effects when inhaled or ingested. The plants contain over 100 chemicals called cannabinoids, the main two being THC - the chemical that makes you feel ‘high’ - and CBD - similar chemically but without the mind-altering effects.

A type of Cannabis Sativa plant that is bred to contain very little THC, hemp is used mainly for textiles, paper and other materials. CBD can also be extracted from hemp plants and used to create CBD oil, which is legal to sell in the UK as long as it has THC content of lower than 0.3%.

These are the chemical compounds present in the cannabis plant - of which THC and CBD are two. All animals, including humans, naturally have endocannabinoids in their bodies which respond to cannabinoids in various ways.

A chemical compound found in the cannabis plant and a type of cannabinoid, CBD stands for cannabidiol. It is very closely related to the ‘high’-making THC chemical compound, but with one crucial difference: it doesn’t have psychoactive effects. This means that it doesn’t negatively impact the human brain or body when we’re exposed to it, and there are studies that suggest it could have positive implications for our health.

THC is short for tetrahydrocannabinol, a cannabinoid chemical compound found in the cannabis plant that causes the sense of intoxication and gives users that ‘high’ feeling.

The word used to describe when something (normally a drug or chemical of some kind) has a mind-altering effect. THC, for example, is a psychoactive chemical compound.

The phrase used to describe a type of extraction. When it comes to CBD, this is also referred to as whole plant extraction. A full spectrum extract contains the vitamins and nutrients present in the whole hemp plant, as well as the CBD itself.

If CBD is extracted as an isolate, then it is the only extract yielded from the hemp plant. The result of this type of extraction is pure CBD powder.

We hope you’re found our ultimate guide to CBD informative and above all - interesting. CBD and other hemp derivatives are a burgeoning industry, and we look forward to seeing how it develops in the future.